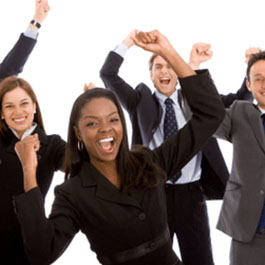 (Research May 2002 Consortium for Research in Emotional Intelligence)

Primal leadership means the first and most important act of leadership – and is a critical component of modern leadership to drive the collected emotions in a positive direction.  If people’s emotions are pushed towards the range of positive emotions such as enthusiasm, performance can soar, if drawn downward towards rancor and anxiety will produce sub-standard results.  When leaders drive emotions positively and bring out the best it is called resonant leadership –when negative is called dissonant leadership. Empirical evidence suggests that whether an organisation thrives or dives is dependent to a large extent on leaders’ effectiveness in this primal emotional dimension.

Recent studies of the brain reveal the neurological mechanism of primacy leadership and why EI is so crucial.

The human brain is also referred to as the “open loop “design as it is susceptible to external influences as opposed to a closed loop system such the circulatory system that is self regulating.

IQ mainly predicts what profession an individual can hold a job in – for instance, it takes a certain mental acumen to pass the bar exam.  Estimates are that in order to pass the requisite cognitive hurdles such as exams or required coursework or mastery of technical subjects and enter a profession like law, engineering or senior management, individuals need an IQ in the 110 to 120 range.  That means that once one is in the pool of people in a profession, one competes with people who are also at the high end of the bell curve for IQ.  This is why, even though IQ is a strong predictor of success among the general population, its predictive power for outstanding performance weakens greatly once the individuals being compared narrow to a pool of people in a given job in an organisation, particularly at higher levels.

Emotional intelligence will determine potential for learning the practical skills that underlie the four EQ clusters, our emotional competence shows how much of that potential we have realised by learning and mastering skills and translating intelligence into on-the-job capabilities.

In order for leaders to define meanings for others, it is vital to understand meanings for themselves. Knowing ones emotions (self awareness), managing those emotions, driving oneself, recognising emotions and appropriately handling relationships, are indicative of a leader who understands the nature of the forces within themselves.

They can direct energy to promote a shared sense of high quality performance and openness of communication between the top and the bottom of the corporate structure.  It is believed that only through self-understanding can a leader inculcate a positive philosophy into the organisation.

The reality of change makes EQ even more important where employees are more visible.  New competencies such as teamwork, and being able to control ones emotions count more than ever.  New challenges demand new talents.

“Technical proficiency or academic brilliance is a baseline competence”, says Ruth Jacobs a senior consultant at Hay/McBer.  “You need it to get the job and get it done, but how you do the job – determines your performance – if you are not able to translate your expertise into something useful that stands out – it makes little difference”